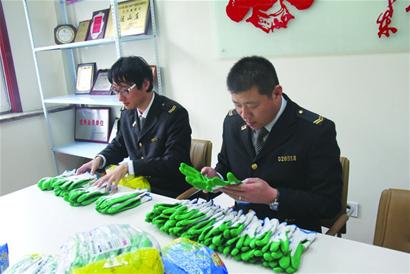 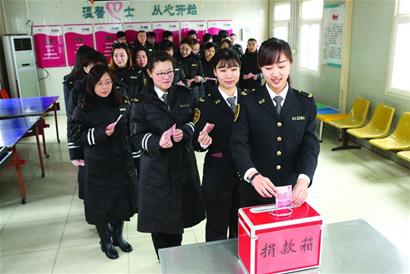 The "You and I Care for Environmental Sanitation Workers" initiative jointly initiated by the Shipping Group and this newspaper has aroused the attention of all sectors of the society. Many caring companies and enthusiastic citizens call the newspaper hotline to send love gloves to the sanitation workers. Yesterday, the employees of each of the Jiaotong Group's loving stations had donated money and donated money to sanitation workers. They donated more than 50,000 yuan as a love fund. This event will raise at least 10,000 stab-resistant gloves and distribute it to the island city sanitation workers.

Long queues from the donation box

â€œThe sanitation workers are not easy, and most of the conditions at home are not good. Usually, they see a lot of wounds on their hands. Itâ€™s very distressing.â€ At the donation site organized by the Cargo Group, the three-way driver of the tunnel had just received. A 500 yuan bonus was donated. He said that the money was not much, but at least he could do his best for the sanitation workers. The sanitation workers enter and leave the love station every day and have become friends with many staff members. After learning that the sanitation workers' hands were always stabbed, the staff of the love group's caring stations all voluntarily organized donations. Many warm bus drivers donate all the outstanding employee bonuses for 2016 that they just received. In front of the donation box of the commute bus Xunda branch, the bus drivers who made donations using the departure interval lined up a long line of nearly 20 meters. Everyone, you donated 10 yuan and 20 yuan to your own heart. . At the driverâ€™s initiative, only one morningâ€™s donation time was extended to full days. The staff placed the donation box in the dispatch room. Many drivers did not forget to take out their purses and put money into it after the last train. After learning that the Love Station was raising donations for environmental sanitation workers, the volunteers of the Qingdao Transportation Construction Engineering Co., Ltd., a transportation group, organized the participation and donated 100 pairs of stab-resistant gloves to the sanitation workers.

Entrusted donation in a circle of friends

â€œI relayed the activities of caring for environmental sanitation workers in the circle of friends. A total of 17 friends gave me a transfer and asked me to help them make donations.â€ Yu Yue, a warm commute bus operator, said that Yu Yue has already put cash into a donation box for her friends. . The Love Inns of the CCC Group were set up along the street. After seeing the donation site, many caring citizens came over to donate. Mr. Zhang of the public invested RMB 100 in the donation box. He told reporters that they often saw sanitation workers work erratically and quickly. It was not easy to see the Evening Paperâ€™s reports on sanitation workers recently. 613 road staff took the donation box to the streets and showed the story of the sanitation workers reported by the Evening News to the public. They called on everyone to offer a love for sanitation workers. Ms Wang, with her 5-year-old son, saw volunteers make donations and encouraged her son to donate his own pocket money. â€œI saw this activity in the newspapers. In fact, I donated 50 yuan through the two-dimensional code provided by the Evening News. I saw the donation on the spot. I also wanted to teach children to care for the cosmetologist in our city.â€ said Ms. Wang.

With the development of large-scale public welfare activities of â€œYou and I work with warm sanitation workersâ€, the island city love enterprises have also actively joined the activities. Yesterday morning, the staff of the Qingdao Chengquan Huiquan loan specializedly sent 1000 stab-resistant gloves to the love bus station at the Shenzhen Airport, and volunteers from the love station volunteered to give this care to the sanitation workers. â€œThe sanitation workers greeted our city in silence as early as morning. We should respect and care for the sanitation workers.â€ Zhou Qian, a staff member of Chengquan Huiquan Credit, said. At present, the "You and I will work with warm sanitation workers" activity is still ongoing. With the protection of stab-resistant gloves, sanitation workers not only can avoid being scratched by sharp objects such as branches, stings, and glass, but also can effectively avoid direct contact between the hands and the dirt and prevent diseases when cleaning and cleaning up the garbage. If enthusiastic citizens and caring enterprises are willing to give their own strength to the sanitation workers, you can call the hotline at 82860085 to contact donate love gloves.

The first batch of gloves has arrived

â€œThe first batch of 3,000 pairs of gloves we booked today arrived.â€ Fan Lihui, a volunteer of the Xinfeiyang bus, told the reporter that these 3,000 pairs of gloves were stab-resistant gloves. Gloves are woven from wear-resistant materials and are coated with a thick layer of synthetic latex on the palms and fingers. These gloves are not only very thick and warm, but they are also not easily sculpted when picking up some glass enamels and iron ladles. At present, the shipping group has completed the collection of donations and ordered 7,000 additional gloves. In order to protect the hands of the sanitation workers as soon as possible, the shipping group specifically tailored to the glove manufacturers and urgently shipped to the island city overnight. Next week, all gloves will be distributed free of charge to citywide sanitation workers. Qingdao Evening News / Palm Qingdao / Youth Network reporter Xu Meizhong

Don't pay attention to it before.

The Municipal Civilization Office issued an initiative to the public through the Evening News to classify garbage. Six types of â€œwaste from rubbishâ€ were thrown away after being packaged. This newspaper reported that â€œsix types of rubbish not lost for sanitation workersâ€ have touched many readers. , Everyone expressed their thoughts through online messages.

Netizen â€œAh Samâ€: There was so much knowledge left to throw garbage! I didnâ€™t pay attention to it before. I just felt that throwing trash in a garbage bag and throwing it in the trash can not be thrown outside, and Iâ€™m really paying more attention to it later. , so that sanitation workers will not be scratched.

Netizens "drinking water sources": I did not expect so many dangers in the trash, sanitation workers is really not easy, and I have to rush home to check whether the garbage they throw has these wounding weapon.

Netizen "Yang Yang": Sending roses, leaving the rest of the fragrance, I did not expect to bring the harm of rose thorns, let us act, dedicate my love, do a meager, care for the sanitation workers, civilization throwing garbage!

The netizen â€œskins waterâ€: In the past, broken glass and broken wine bottles were thrown directly into the trash can. I did not expect to cause harm to the sanitation workers. Afterwards, I will pay attention to it and put it separately.

Netizen â€œNiziâ€: There are pet dogs in the house. I will give my dog â€‹â€‹an injection. The needle will be thrown directly into the trash with the rubbish of the family. I did not think this is also a harm to the sanitation workers. The needle will be put later. Wrap it in a hard paper case and throw the trash.

Derrick Flc2000 Pwp Shaker Screen, also famous known as 48-30 screens, are compatible with Derrick FLC (Flo-Line Cleaner) 2000 series shale shakers. It is a hook strip flat type Shaker Screen, which is constructed of multiple stainless steel 304 or 316 wire mesh cloth layers. And then bonded to a rectangular or hexagonal perforated metal plate for added support and facilitation of repair. 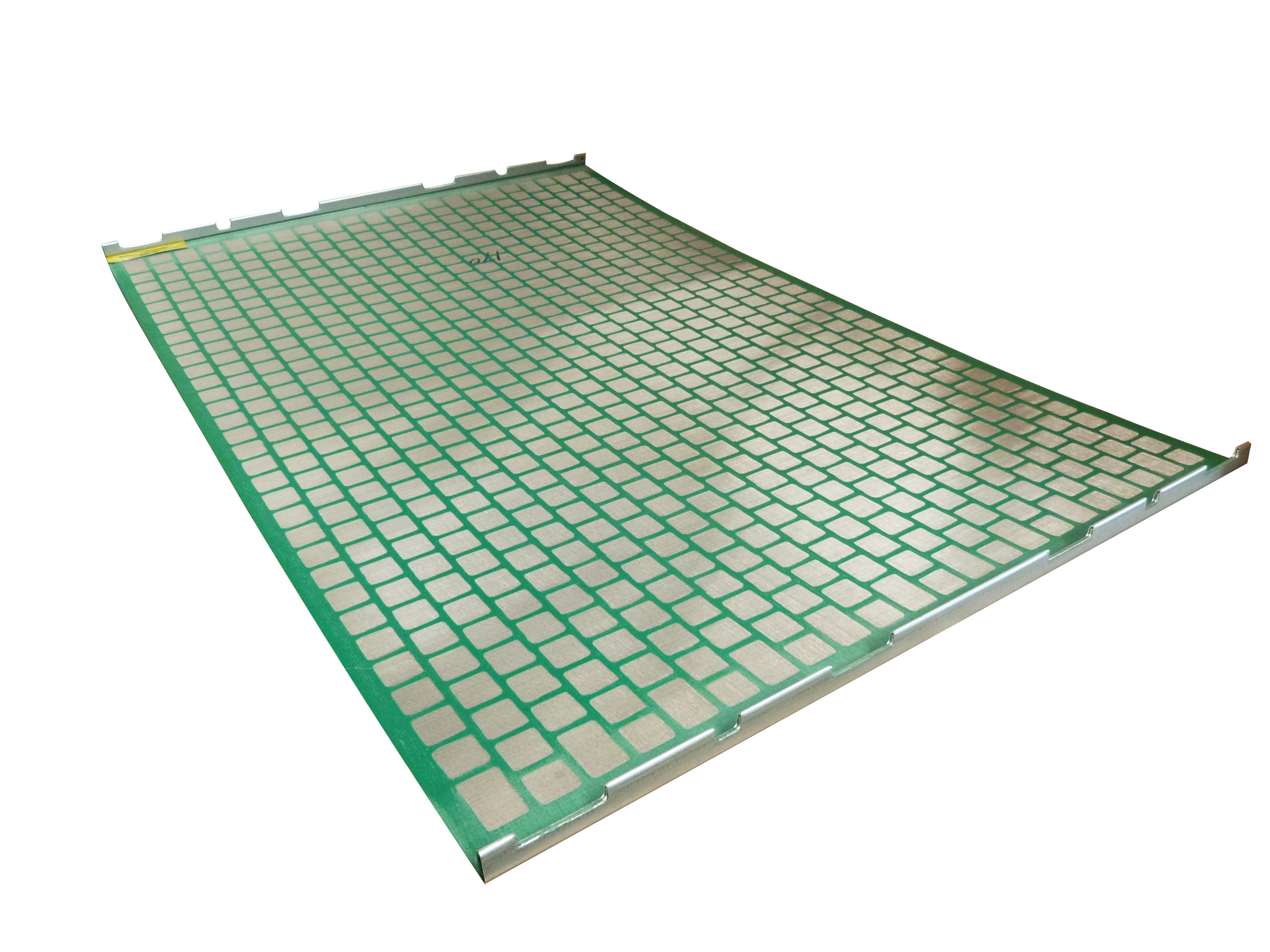 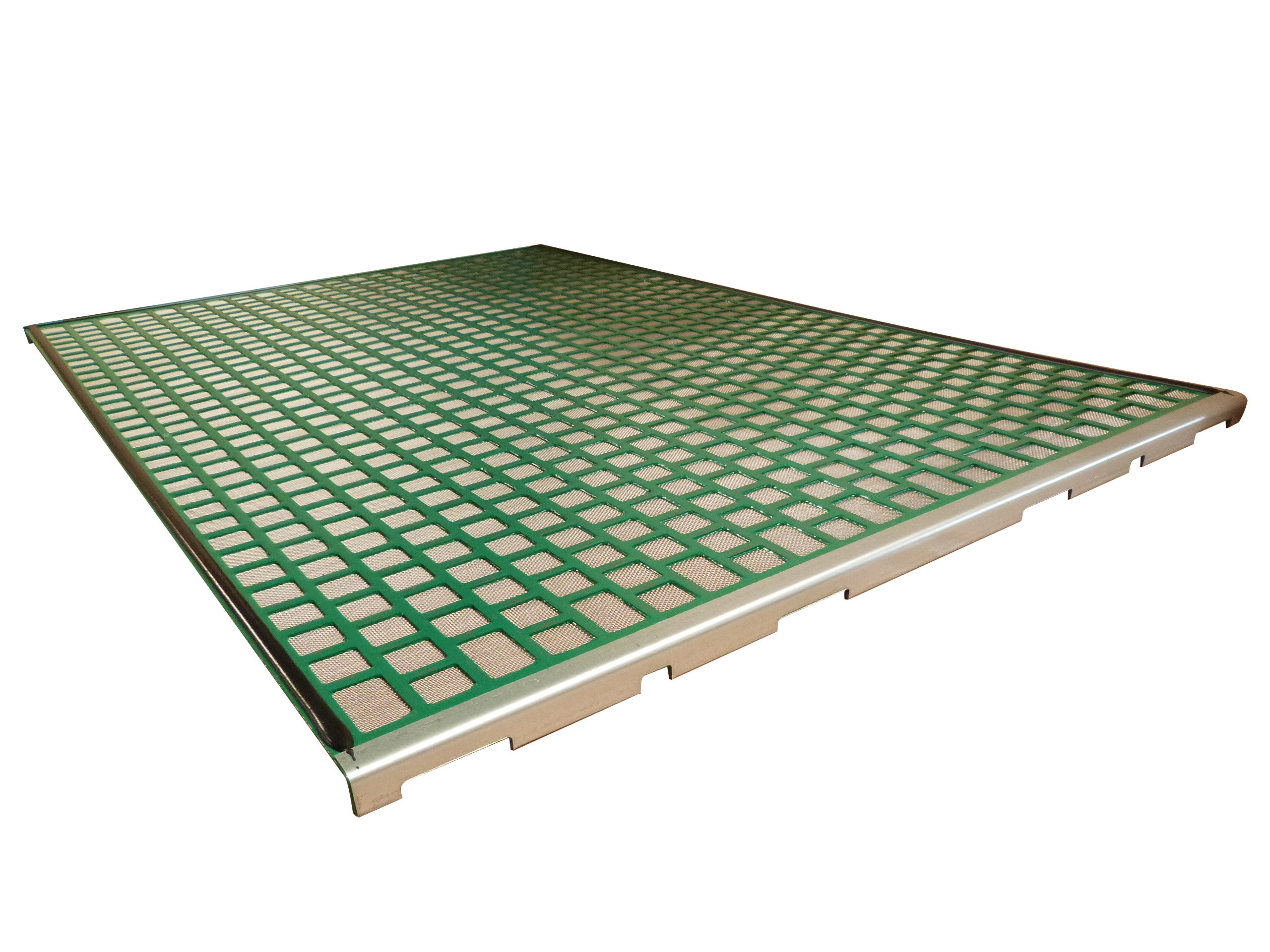 ShengJia only produces the replacement screens but not original from Derrick